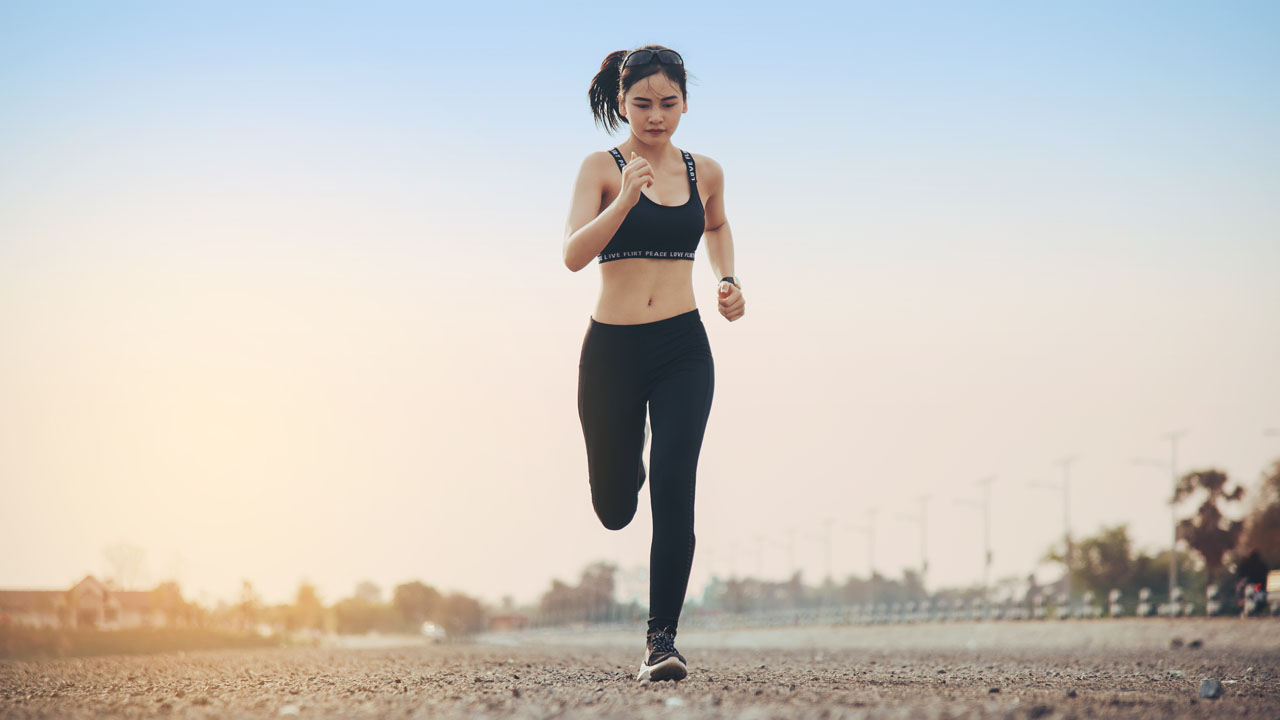 When you are struggling with your mental health, getting active may be one of the last things you feel like doing.

But, if you can muster the energy, evidence shows that exercise has a powerfully beneficial effect.

One study last year, published in the medical journal Jama Psychiatry, found that physical activity is an effective prevention strategy for depression.

Another 2015 paper found that exercise can be as helpful in treating mild to moderate depression as antidepressants and psychotherapy.

“We have known for a long time that exercise promotes physiological and neurochemical responses that make you feel good,” says Professor Nanette Mutrie of the University of Edinburgh’s Institute for Sport, Physical Education, and Health Sciences.

When we exercise, the brain releases endorphins, as well as dopamine and serotonin.

“Very often, these same chemicals from part of antidepressant drugs,” she says.

There is also a psychological component to exercise that makes us feel good.

Prof Mutrie explains: “When you’re exercising, you are improving your self-esteem, mastering a new task and meeting new people.

“All of this forms part of the mix. There’s this synergy of positive things that are happening.”

If you are struggling with your mental health and are anxious about exercise, the best advice is to start small.

Most smartphones now have pedometers, so you can track your steps: 7,000 steps a day is a good target to set yourself, with the aim of eventually increasing it to around 10,000 steps daily.

“That can raise the heart rate and fuel your anxiety,” he says.

Instead, he suggests trying out strength training.

Because you can measure your progress with weight training – heavier weights or more repetitions – you will be able to see how much you are improving, which can lift your mood.

And you do not have to exercise all the time.

“If you want to optimize your exercise regimen for your mental health, according to our research, exercising for 45 minutes at a time, three to five times a week, has the most beneficial mental health effects,” says Dr. Adam Chekroud of Yale School of Medicine.

He is the co-author of one of the biggest studies into exercise and mental health, which looked at 1.2 million adults in the United States. He says that cycling and team sports will give you the biggest boost, but even walking or doing household chores is better than nothing.

Just being in nature has also been shown to have beneficial mental health effects.

If you feel up to being around other people, group exercise can also help.

“When it comes to depression or stress, these conditions have a biological underpinning, but they also have social components,” Dr. Chekroud says.

The sense of community you feel like part of a sports team can have a brightening effect on your mood.

“It takes the attention away from the individual,” says Johnson.

But, if you are feeling very anxious before a class, give the trainer a heads-up that you are not feeling great, and might slip out early – and pick a spot near the door for minimum fuss.

Johnson recommends starting with a yoga or barre class, rather than a circuit class, as often these involve partner-work, which can be difficult for those with social anxiety. Whatever you are doing, pick a beginner’s class.

“If a class is too intense, you’re going to feel like you’re doing badly, and you may end up feeling worse than you did when you arrived,” he says. “That is definitely not the goal.”

Anyone struggling with body dysmorphia “should avoid gyms, as they are full of mirrors”, says Overall. “Instead, take things outside if you can.”

Try jogging or doing a high-intensity interval training workout in the park.

If you are in recovery from an eating disorder, Overall recommends creating an exercise plan under the supervision of a mental health professional, to avoid overdoing it.

“Otherwise, it’s like an alcoholic going back to a pub. It’s got to be carefully managed,” she says.

If you do not feel as if you can leave your house, there are plenty of fitness videos online that you can do at home. Try Fitness Blender, or download the Nike app.

When you are exercising, it is absolutely fine to take a break or stop entirely, if you are feeling overwhelmed.

When you are struggling with your mental health, it is easy to get trapped in a spiral of negative thoughts and think that everyone in your gym is watching you. But they are almost certainly not and are focusing on their own workout.

Finally, the act of putting on a pair of trainers can, on its own, be a form of self-care.

“Even if you leave after a few minutes, you’ve already achieved something just by going to the gym,” says Johnson.

Focus on the fact that you went to the gym in the first place, not that you left. And take everything one step at a time. You’re in control.