Most Expensive Locations for Business Travel in Asia

Whether it’s your own personal budget or work expenses, traveling for business can be an expensive endeavor. From buying flight tickets, collecting visas, changing currency or amenities to making hotel reservations, business travel doesn’t always prove to be economical.

Undoubtedly, cost reduction has always been a priority for many people but you never know when the expenses associated with the last minute travel can add up quickly.

However, by knowing which Asian cities are particularly expensive for business travel, and how you are going to have that accurate budget before a trip even begins.

Market research company ECA International has recently released the report stating of most expensive locations when it comes to the working trips. Let’s check the overview of this report.

Hong Kong: The most expensive locations for business travel in Asia

There is no denying the fact that Hong Kong is known as the best place for the incorporation and registration of the business. it is also spotted at the 4th easiest place to do business by World Bank Report.

As per the new report submitted by ECA International, Hong Kong has been ranked as the most expensive location in Asia for business travel for the consecutive successful two years.

To put it in a short, the average business trip to Hong Kong would cost merely an overall average total of USD 515 per day, including hotel costs of USD 286.

In fact, the findings have also shown that the city pulls away from second-placed Tokyo costing more than 4% and the third-places Seoul costing more than 8 % in the top-ten ranking by global mobility firm, ECA International respectively.

Are you thinking, why Hong Kong has gained this place? The answer to this question is not a straightforward one. There are various factors that came together in order to gauge this platform.

Indeed, it is a combination of a high cost of goods and services, and expensive hotel prices stated by Lee Quane, Regional Director — Asia at ECA International. As a matter of fact, ECA’s daily rate reports give details about the average costs for hotel accommodation.

That makes up the bulk of any daily allowance, as well as drinks, laundry, meals, taxi transport, and everyday essentials. This information is used by companies to determine daily expense allowances for staff who undertake business travel.

Under the recent report, Tokyo grabbed second place in the Asian cities ranking, costing USD 494 a day for the typical business trip. While based on the overall price of a business trip, Seoul is positioned in third place as per the report.

Well, this ranking was based on hotel or accommodation costs.

However, the situations are not like that, in fact, due to the hosting of major events such as Olympic, Paralympic, and Rugby World Cup, between now and the end of 2020. As a result, the costs of business travel to Tokyo will lead to increment over the next 12 months.

Combined together with the shortage of suitable accommodation, and the city’s emergence as a major tourist destination in recent years, the costs of the hotel are getting higher.

Moreover, due to the modifications of recent regulatory systems, the availability of other short-term accommodation options such as Airbnb are also likely to drive a further increase in accommodation costs in the coming year.

As stated earlier, Seoul ranked in the third position of the report. However, while excluding the hotel rates, the ranking of Seoul changes to the second position. This shows that the price of food, drinks, and other incidentals that make up the overall cost of a trip is actually higher in Seoul than Tokyo.

Well, this kind of trend can be seen in many other locations, where the rates of the hotel can maximize the overall figure of the city expenses.

Talking about China, Shanghai is also considered to be the place for the most expensive business trip costing approximately, USD 378 per day.

In fact, the report also revealed that even though the business trip to Shanghai would be relatively expensive in comparison with other Chinese cities, Shanghai is outside of the top ten most expensive locations in Asia for business travel, and out of the top 100 globally.

Although while looking at the total price, excluding the hotel’s rates, Chinese cities are all much higher placed in the rankings, because hotel costs in China are comparatively economical than many other locations across the world.

Moreover, as per the ECA’s ranking, the cheapest location in Malaysia was Johor Bahru where a business trip would merely cost into just USD 184 per day, and hotel costs would account for only USD 83 of this.

According to the ECA, New York has grabbed the title of the most expensive location in the world for business travel- New York, with the average per diem cost of a business trip standing at USD 799.

In fact, it is the only location in the world to rank higher for business travel costs than Geneva, with a trip to the Big Apple. As a matter of fact, the higher demand for hotels depicts that rates can continue to be charged at premium rates with the cost of a hotel stay making up a considerable USD 512 of the daily total.

While in Europe, the Swiss cities are even dominating all the top ten Asian cities, with Geneva, Zurich, Basel, and Bern all among the most expensive European locations for business travel.

Although, being the Icelandic capital of Iceland, Reykjavik which saw a huge jump in the cost of business travel, with the average trip now costing a total of USD 615. Well, this jump of over USD 50 in just a year shows that moves ahead of notable cities such as London to make it the fourth most expensive location in Europe for business travel. 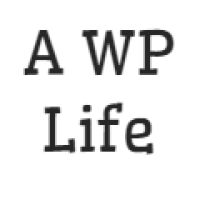 We build professional WordPress themes and plugins which are functional responsive free and premium. Everything you need to create wonderful websites.